The Price You Pay for Being Grey 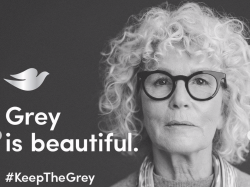 A current controversy in Canada dramatically highlights the potentially damaging effects of ageism.

Canada TV anchor Lisa LaFlamme has been removed as the anchor of CTV National News, a program she has hosted since 2011. The 58-year old LaFlamme claimed she was "blindsided" by the decision, which is believed to be related to her grey hair. LaFlamme stopped dyeing her hair during the COVID-19 pandemic, allowing her hair to return to its natural grey color, telling viewers that it was "liberating."

It was reported by news sources that Michael Melling, a senior executive at CTV News, wanted to to know who approved the decision to "let Lisa's hair go grey." It appeared to be suspiciously coincidental that LaFlamme, who recently won Best News Anchor at the Canadian Screen Awards, was let go soon after she let her hair go grey. LaFlamme had been with the news organization for thirty-five years.

When furor erupted over the firing decision, Bell Media, the owner of CTV, said LaFlamme was terminated due to "changing viewer habits." The company did not comment on the hair color allegations, but said it regretted that the decision "may have left viewers with the wrong impression."

One company, Dove Canada, immediately responded by launching a campaign on social media. The company changed its gold logo to grey. While the campaign doesn't specifically mention LaFlamme, the timing is obvious. On Instagram, Dove said:

"Aging is beautiful. We should all be able to do it on our own terms, and without any consequences. That's why we're going grey, and donating $100,000 to Catalyst -- a Canadian nonprofit organization dedicated to helping build inclusive workplaces for all women. Join us by turning your profile picture greyscale, and tag #KeepTheGrey."

The Dove Canada campaign reinforced speculation that the firing was influenced by ageism. On Twitter, LaFlamme stated in a video, "I'm still shocked and saddened. At 58, I still thought I'd have a lot more time to tell more of the stories that impact our daily lives."