A Perspective on Ageism from an Industry Insider 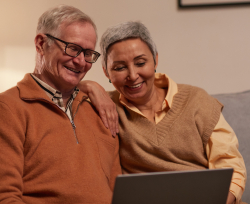 Kirsten Flanik is the 55-year old CEO of BBDO New York. BBDO Worldwide is a major marketing communications agency with over 200 locations globally. Flanik spoke about ageism in advertising at an "Ad Age Remotely" online session on April 27. As a 50-plus woman in a senior management position in the advertising business, Flanik brings an informed perspective, enhanced by the fact that one of BBDO's clients is AARP.

I attended the session and got to hear Flanik firsthand. She pointed out that, for the first time, five generations are in the workforce, even though the advertising industry "tends to skew young." She believes that age should not be a factor in hiring for industry positions as long as an individual is intellectually and creatively capable. Flanik said senior workers in advertising should be valued because they bring "different experiences and perspectives" to the business. She admitted, however, that ageism is a real issue in hiring for the advertising industry. Despite this, she is encouraged by the fact that the percentage of 50-plus employees in the workforce is higher than ever. She also noted that there are more 55-plus professionals freelancing than ever before and that these freelancers bring valuable experience to agency work.

An interesting point Flanik brought up when it comes to senior employees: Advertising agencies need to acknowledge that, as people get older, they may face health issues. Management needs to be tolerant and not be biased against older workers because of such issues. She used herself as an example, sharing that she had cancer in her early 50s. She felt that agency management and personnel embraced her rather than viewing the illness as a weakness, which is sometimes the case in the workplace. She said one mistaken perception of older workers is that they are in constant need of help. This simply isn't true. She has found older workers to be strong, resilient and self-reliant.

Perception also plays a key role when agencies and their clients think about consumers, Flanik said. She cited the statistic that 56 cents of ever dollar is spent by consumers who are 50-plus in age, yet agencies and clients still seem to follow the myth that the consumer becomes loyal to a brand at a younger age. That is one reason agencies and clients target consumers in the 18 to 49 age group. She believes that perception needs to change to the realization that "you can become brand loyal at any age." She also said 50-plus tropes are a problem. For example, in advertising, the 50-plus consumer is often portrayed as not understanding technology. Another common portrayal is the older couple, walking on the beach in retirement. Such perceptions are not the way 50-plus consumers see themselves, however. These older consumers may be very comfortable with technology, and many of them may still be in the workplace rather than retired.

Flanik was proud of the fact that BBDO recently hired a global Diversity, Equity and Inclusion Officer. She said that DE&I includes sensitivity to race, gender and age. She acknowledged the advertising industry is generally behind in diversity and believes a diverse workplace is essential. The goal of BBDO New York is to be "representative of the U.S. population by 2025" and she indicated the agency is 1/3 of the way there.

It was encouraging to hear Flanik's personal commitment to overcoming ageism as a senior executive in the advertising business -- because this is an industry that is often assailed for its orientation toward hiring young and targeting younger demographics. Hopefully Kirsten Flanik is not the only enlightened CEO running the office of a large agency.