Home About Archives Books Subscribe
Who Will Take Care of Us?
Do You Experience Everyday Ageism? 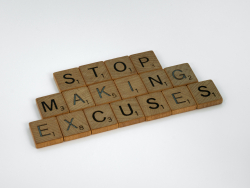 There is an interesting human trait in many of us, and it seems to grow more pronounced as we age. It's the idea of Intention vs. Action, which I like to think of as "I know I should, but..." A few examples related to Boomers may be appropriate to illustrate the concept.

Recently, financial services firm Edward Jones updated its landmark study, "The Four Pillars of the New Retirement." In reporting the results, the firm stated the following (with my parenthetical editorial comments in italics):

The study illuminated the gap between intention and action as a majority of Americans ages 50+ (71%) believe having a will in place is the most important action to take before someone dies, yet only 49% actually have a will. Further, only 19% of adults 50+ have all three essential end-of-life documents in place: a will, health care directive/living will and designated power of attorney. (Hundreds of thousands of deaths from a virus make you think about your mortality. Still, it is fascinating and a bit disconcerting that a large majority of Boomers know they need a will, yet less than half of them actually have one.)

I think it is safe to say this same Intention vs. Action mentality is pervasive in our daily lives. Maybe some of these statements will resonate with you:

I'm sure you can think of many other examples. The idea is that our intentions may be noble, but our execution leaves something to be desired. You could characterize this as procrastination or perhaps negative inertia. It's probably the same feeling you have when you ponder that chore we all dread -- doing your taxes by April 15. Personally, I'm reminded of a silly little round piece of wood I saw in a joke shop years ago with words stamped on it that read, "Round Tuit."

At the risk of sounding preachy, Boomers need to reckon with the fact that we are in the second half of our lives -- a time when action on any number of things becomes more important than it was when we were younger. I truly believe all of us have good intentions. The real question is whether we have the will to convert our good intentions into actions... before we run out of time.

Image by Brett Jordan on Unsplash