Home About Archives Books Subscribe
Not So Funny
Who Will Take Care of Us? 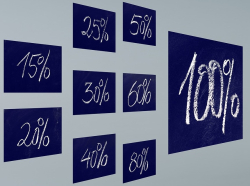 There are two COVID-inspired phrases that have been kicking around of late: "The Great Resignation" and "The Great Retirement." The two phrases are inter-related but very different.

"The Great Resignation" generally refers to workers who have exited the workforce, almost entirely by choice, during the pandemic. The reasons for resigning from a job are varied: Some workers are simply fed up with low wages, others (mostly women) cite issues with child care, others don't like menial work, and still others may not want to return to a physical workplace after working remotely from home. Whatever the reasons, the outcome is the same: American workers have left traditional work in droves, accounting for millions of open jobs and "Help Wanted" signs everywhere.

About a year ago (August 2020), the Schwartz Center for Economic Analysis at the New School looked at some numbers and they turned out to be pretty astonishing:

One year later, in August 2021, an article by Tammy La Gorce in The New York Times confirmed that things haven't changed much for these older workers. La Gorce writes that "retiring during the pandemic has inflicted two traumas...most felt they were forced out of work before they wanted to go" and the majority "were financially unprepared." Teresa Ghilarducci, a professor of economics and policy analysis at the New School for Social Research, told La Gorce, “A lot of people were pushed out of their jobs... It used to be that employers would let the ones they just hired go first in a recession, but this time older people who have been in their jobs the longest have been hit hardest.”

So "The Great Retirement" may turn out to be not-so-great for millions of older workers who didn't intend to retire at all. Instead, many have been involuntarily retired from a job they intended -- and needed -- to keep. The obvious reason may have been the pandemic, but the less obvious reason was that some employers used the pandemic as cover to pare down their employee ranks. The most vulnerable workers, the older ones, were the first to be let go. Numbers don't lie.