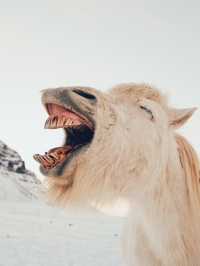 I recently responded to an ad placed by a software company indicating their “willingness” to hire “old people” with a horrific picture of an elderly fellow apparently lost in the musings of his own mind and noted in a LinkedIn comment by Next Avenue’s Managing Editor Richard Eisenberg. I could not help myself. My comment to your posting is best expressed in my comment regarding the message being sent. Some felt it was at least a sign that older folks were finally breaking through and being accepted by the tech industry. Me being a bit more skeptical had this to say:
“While the thought is there and gosh knows that the “tech” industry has been the province of the young, for some unknown reason other than the hubris of its constituents, let’s not forget that a picture is worth a thousand words and the use of that graphic could be nothing more than a cynical response to an industry that has been dismissive of mature workers.

Yes, well, OK maybe it is a positive, but let’s be realistic, one company posting a somewhat suspicious picture does not reflect the best possible image and is less than compelling.

Let’s find serious tech companies that value older workers in an absolutely positive light using an appropriate image that sends the correct message; youthful older folks that exude energy and appear to be cognizant of their surroundings. Not some “elderly’ gentleman wondering where to find a bus stop!
Say no more!
Rick Manning, BoomerRevolt.com.