Demanding the Treatment We Deserve 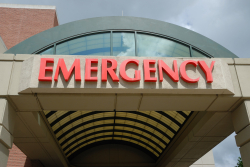 I've often written about age discrimination in the workplace, but there is another area in which ageism can literally be a life or death situation: Health care.

A disturbing article on NextAvenue.org highlights the problem. Janine Vanderburg, founder and director of a nonprofit initiative called Changing the Narrative, tells NextAvenue, "We know we live in an age of unconscious bias, and people who work in health care aren't immune to that." Vanderburg notes that a study in the Journal of Internal Medicine found nearly a third of older adults said they frequently experience age discrimination from doctors or hospitals. For example, doctors and nurses can be patronizing or insensitive, and hospital staff will sometimes order unnecessary tests just because patients are older.

Recently, my wife experienced first-hand what could easily be perceived as health care ageism. Her 98-year old mother, who is on oxygen, was gasping for air and was brought to a hospital emergency room, where my wife waited with her. After a quick assessment that the condition was not life threatening, hospital staff completed an entire battery of tests -- EKG, blood work, chest x-ray and COVID-19 test -- and then left the elderly woman laying on a stretcher in the hallway for hours. They even had to repeat the EKG and take more blood because of technical problems. Staff walked by her as if she was invisible. My wife had to ask for a pillow and a blanket because her mom was so uncomfortable. Maybe this same shoddy treatment would have been given to anyone in the emergency room (which of course is inexcusable), but one has to wonder if ageism played some role in it. The diagnosis was pneumonia, which the chest x-ray alone could have revealed.

Yale University professor Becca R. Levy, who conducted research on the impact of ageism on health care costs, tells NextAvenue, "During the pandemic, there were certainly issues that exacerbated ageism in health care, particularly in the long-term care setting — with the high number of deaths in the first months of the pandemic that were due, in part, to the inadequate protective equipment and inadequate protections given to the workers and the residents."

Unfortunately, health care ageism rears its ugly head so frequently that older patients may end up feeling inadequate or they blame themselves. According to Professor Levy, "Part of the reason it's so insidious is that people don't even realize that they're experiencing it and they tend to blame it on themselves instead of discrimination or the larger systemic problem of not getting the best possible health care for older people."

So why am I telling you all this? Very simply, because you and I are aging too. It won't be that long before we face ageism from our doctors, hospitals or other health care providers -- if we haven't already. Instead of accepting it, says Vanderberg, "we need to advocate for ourselves." While we don't have to be jerks about it, that means demanding the treatment we deserve from health care professionals.

Image by Paul Brennan from Pixabay

Hate to inform you but while medical technology continues to make amazing advances, medical treatment is changing for the worse - fewer nurses in hospitals where CEOs care more about the bottom line than patient care. This WILL NOT CHANGE until we take the profit motive out of healthcare. This is why we need MEDICARE FOR ALL.