Home About Archives Books Subscribe
The Boomer's Gift: Giving Back
When It Comes to Hiring Boomers, Some Employers "Get It" 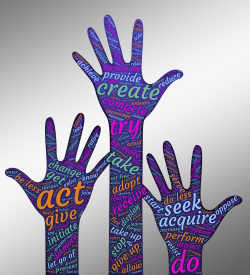 One of the more popular phrases around the retirement circuit is "second act." It's a euphemistic way of acknowledging that an individual, typically a Boomer, is leaving a profession, career or long-standing job to embark on a new path. That new path may be entering an entirely different career, starting a business, volunteering for an organization or some combination thereof. Sometimes, a second act happens by choice, but it often occurs when an individual loses his or her job and the curtain involuntarily comes down. Sadly, ageism plays a leading role in such instances.

The pandemic has hit Boomers particularly hard. According to Bloomberg, some two million workers age 55 and older have left the workforce since March 2020. While about 2.7 million jobs have been created for workers under the age of 55 since August 2020, only 28,000 jobs were created for workers over 55 during the same period.

That's one of the reasons second acts are increasingly common right now among Boomers. Many times it is your second act that imbues you with a new passion, invigorating you with vitality that may have been waning in your first act. For over two years, Andy Levine has been cataloging second acts through his podcast, "Second Act Stories." By analyzing the stories of his guests, Levine has identified five "themes of successful second act entrepreneurs" that are worthy of mention:

I highly recommend you read Levine's article about these themes at NextAvenue.org, but for purposes of this post, I'd like to concentrate on the first and last of his themes.

The first theme, "Find what feeds you," gets to the heart of what drives a second act. Not surprisingly, writes Levine, those second acts that achieve the most success "involve finding meaning and purpose." What's striking about a second act is it may involve a radical departure from a person's previous path. Often, a second act is built around a childhood passion or hobby. For example, one former software executive I know was creative and liked working with his hands. After he spent his first career on the corporate side, he learned to become a wood sculptor for his second act.

The last theme, "You're never too old to make a change," is perhaps the most obvious theme, but it is an important one. This theme reinforces the reality that age is nothing more than a state of mind. There are countless stories of people in their 60s, 70s, 80s and even 90s beginning a second act.

You'll be well on your way to a satisfying second act if you embrace your passion and disregard your age.