Home About Archives Books Subscribe
When We Get There, the Future will be Ours
A Great Time to "Intergenerate"

How Old is Too Old? 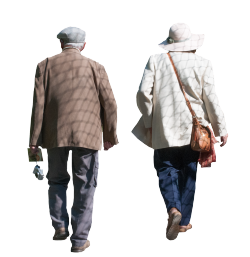 I recently attended an online talk co-sponsored by the American Federation for Aging Research and Prevention magazine. The speaker was Dr. Nir Barzilai. In addition to being a professor at the Albert Einstein College of Medicine, Dr. Barzilai is that school's Chair of Aging Research and founding director of the Institute for Aging Research. He is also the author of the new book, Age Later: Health Span, Life Span, and the New Science of Longevity

Dr. Barzilai discussed, in layman's terms, his breakthrough research on aging. He primarily studies centenarians to assess the effects of aging and, more specifically, to better understand why those over 100 years of age live longer. The most compelling question Dr. Barzilai tries to answer is, "Can we prevent or delay aging?" He believes the answer is Yes. In his book Dr. Barzilai writes:

"Many centenarians pass the hundred-year mark almost effortlessly. Whereas most people are ill for an average of five to eight years prior to death, centenarians tend to maintain most of their abilities and are ill for only about five to eight months before their deaths. ... Many of them have some limitations... But the major diseases are delayed, and at the age of their retirement, many of them were not seeing a doctor and had no medical expenses."

Why do these folks live longer? Dr. Barzilai writes, "for most people, genetics are responsible for about 20 - 25 percent of aging and the environment is responsible for the rest. But the statistics are vastly different for centenarians, whose genes are about 75 - 80 percent responsible for how they age and the environment accounts for only about 20 percent." In other words, the older you get, genetics play a more important role; in fact, "strong data suggests that exceptional longevity runs in families..."

However, Dr. Barzilai pointed out during his talk that we can do things that will have a very positive environmental impact on aging, such as (not surprisingly) exercising and maintaining a sensible diet. One of the great benefits of exercise, for instance, is that is strengthens our immunity and helps prevent disease. It is also extremely helpful to stay vital and engaged. Dr. Barzilai shared a video of a 105-year old man who literally never retired -- he continued to gain satisfaction and stimulation from going to work every single day until his death a few years later.

Some day, medical science is likely to provide a big boost to longevity. In the mean time, we can look at centenarians as proof that no one is "too old" to live a healthy, productive life.

Image by Nathan Wright from Pixabay