Home About Archives Books Subscribe
Technology is Our Best Frenemy
How Old is Too Old?

When We Get There, the Future will be Ours 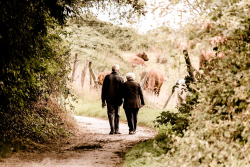 It's easy for Boomers to be discouraged and pessimistic right now, but keep your eye on the future. It will be ours.

How can I be so sure? It's all about statistics:

What this means is that we -- Boomers -- own the future.  But the reality of an aging population has not yet been acknowledged, as it should be, by any part of our society, whether it's state and federal governments, employers, industries that serve the country, or marketers of goods and services.

We can help shape what that future will look like by exerting the power of our demographic slice of the United States. We can advocate for ourselves and for Boomers in general. We can vote for politicians we believe will not put our old age in jeopardy. We can ask and, if necessary, demand that ageism be abolished once and for all.

Mauro Guillen talks about a bright future for Boomers: In his NextAvenue interview, he suggests that employers will be much more interested in hiring seniors for part-time jobs and that the gig economy will benefit Boomers. He believes intergenerational collaboration will become more common. He thinks technology will become increasingly important in helping an aging population deal with the challenges of growing older. My conclusion is that government and industry will have to serve an older population because an older population will be the majority.

There is power in numbers -- and in the not too distant future, the numbers will be in our favor.

Image by Susanne Pälmer from Pixabay