The Real Dilemma for Older Workers 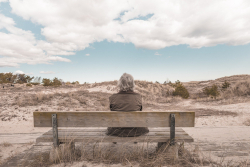 For Boomers who want to or have to work and are seeking a new position, they often face a harsh reality: Accept a job that is far below their experience level and pay grade. In the Fall 2019 issue of Generations, the Journal of the American Society on Aging, Carl E. Van Horn and Maria Heidkamp write, "When older job seekers are able to find work, it often is temporary or part time, pays less than they had previously earned, and does not provide a full suite of benefits."

This reality seems counter-intuitive. Not only are Boomers highly experienced and dependable, they are actually an important and growing part of the U.S. labor market. By 2026, according to the U.S. Bureau of Labor Statistics (BLS), as much as one quarter of the workforce, over 42 million people, will be older workers, and workers older than age 65 are expected to remain in the labor market at a higher rate than their younger counterparts.

Still, as Van Horn and Heidkamp report, Boomers are often relegated to "precarious jobs" that are typically low paying and often consist of part-time, temporary and contract positions, most of which offer no benefits. It is estimated by BLS that 4.7 million workers are considered "involuntary part-time" because they could not find full-time positions. Almost 40 percent of these involuntary part-time workers had two or more jobs, and one third of them said they sometimes could not afford food, medication or healthcare in the past year.

Even older workers who are employed full time are vulnerable. Van Horn and Heidkamp cite this example: In New Jersey, a private organization called New Start Career Network (NSCN) was started to help the state's older job seekers who were long-term unemployed or underemployed. The organization surveyed its membership of more than 4,500 and compiled the results from 637 respondents. Less than half (45 percent) were employed when they answered the survey in 2018. About half (48 percent) of those employed worked full time, while 15 percent were employed in temporary or contract positions, 13 percent were voluntary part time, 12 percent were involuntary part time, and 5 percent were self-employed (6 percent classified their situation as "other").

Over three-quarters (76 percent) of those NSCN members who were employed "were earning less than they had before their long-term unemployment, and of this group that earned less, three in four (73 percent) estimated that their yearly earnings declined by more than $20,000. Only one in ten earned more than they had prior to their period of unemployment." This represents just one organization in one state, but it is typical of the employment experiences of millions of Boomer workers. (Van Horn and Heidkamp are both associated with the NSCN, which is funded by the Heldrich Center for Workforce Development at Rutgers, The State University of New Jersey.)

In their article, Van Horn and Heidkamp propose specific policy recommendations to help remedy the older worker dilemma in our country, including curtailing age discrimination in hiring and expanding access to transition assistance and lifelong learning. They conclude, "New policies are needed to provide [older workers] with the opportunities for work and a social safety net that reflects the contemporary labor market."