Home About Archives Books Subscribe
OK Boomers, What Do You Think of "OK Boomer"?
Working "On the Side"

"Modern Elder": A New Way to Think About Aging 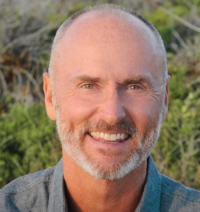 Chip Conley came up with the term "modern elder" when he became known as the "elder" at a company where virtually all of the other employees were half his age. Conley has grown that simple phrase into a movement; he started the "Modern Elder Academy" in Mexico (a resort for midlife reflection) and wrote a book titled, Wisdom@Work: The Making of a Modern Elder. He also recently started distributing "a daily reminder of wisdom and its value" via Wisdom Well.

In an interview with Richard Eisenberg for NextAvenue.org, Conley says about his movement:

"It’s pro-aging and speaks to the idea that maybe elders will make a comeback, but in a new form. It’s about creating a world with intergenerational collaboration, where older people in the workforce can be partners with younger people and both have something to bring to the table.

"A growing number of people are using the term ‘middlescence.’ It generally happens in your fifties. It’s a time when you move from accumulating to editing. Less ego, more soul. Less interesting, more interested. Less achieving and attaining, more creating a legacy and attuning.

"It’s what the Modern Elder Academy has been doing in many ways. It’s so clear there’s a need for this. There’s such a gap between the societal and personal narrative of aging."

I don't know if "modern elder" is the right phrase, but I consider the "mission statement" behind it as a new way to think about aging. I really like what Conley has to say in the above quote. He speaks eloquently about the need to break down ageism barriers in the workplace ("creating a world with intergenerational collaboration"). He also does a fine job of defining some of the primary aspirations of a maturing, well-grounded Boomer: "...move from accumulating to editing. ...more soul. ...more creating a legacy and attuning."

It is obvious to me why Conley was selected as a "2019 Influencer in Aging" by NextAvenue. It this kind of inspired, expansive thinking about aging that we need more of in our society.