Home About Archives Books Subscribe
Where There's a Will...
There's Nothing "Normal" About Your Retirement Age 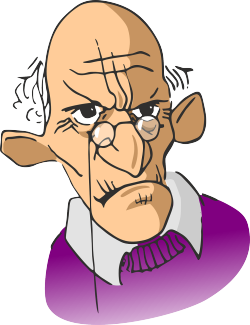 As a retired marketing professional, it is especially painful for me to see how today's marketers characterize older Americans. As I watch television or flip through magazines, I notice ads that incessantly pitch medications to the elderly, poke fun at aging or portray anyone with gray hair as a doddering, incompetent sedentary fool. Turns out that I am not making this up. A recent article in The New York Times reported on new AARP research that proves ageism is alive and well in American advertising.

In the article, Martha Boudreau, chief communications and marketing officer of AARP, says, “Marketers reflect the culture and the conversation in our country. Stereotypes about the 55-plus demographic were really limiting people’s sense of what they could do with this half of their lives.”

The article goes on to discuss one interesting reason for ageism in advertising: The field itself is littered with "youngsters." In the U.S., over 80 percent of employees at ad and PR firms are younger than the age of 55. I ran my own direct marketing agency and also worked at a large ad agency -- and I can attest to that fact. Sure, one can always claim that marketing is a young person's business, but that's not a reasonable answer. The fact is the older demographic is growing more rapidly than any other segment in this country and globally. In addition, Boomers have accumulated and hold most of the wealth in the United States, so wouldn't you think marketers would be wise enough to create campaigns targeting us instead of maligning us?

I'm willing to bet that you've seen one or more ads that have looked upon people our age with thinly veiled scorn -- or you've noticed that the vast majority ads don't even acknowledge our existence.

Maybe it's time for all of us to take the advice of ex-TV anchor Howard Beale in the 1976 movie, Network, who said: