A United Nations estimate projects that between now and 2050, there will be an increase in the age 60-plus population in every country in the world. By 2050, those age 60-plus in the U.S. are likely to be as much as 25 to 30 percent of the total population. In 2017, the U.S. birth rate dipped to a 30-year low. With people living longer, the percentage of older Americans is sure to accelerate.

These statistics, while long range, are evidence that the world's population is aging. This means that businesses and governments will be forced to acknowledge this reality and provide programs, goods and services designed for the older generation. We Boomers may miss out on the big changes of the coming demographic revolution, but we are beginning to see glimmers of hope and encouraging examples that our own society is acknowledging an aging population.

One glimmer of hope is in the American job market. While a great deal of ageism still openly exists, the high number of jobs available is forcing American employers to reconsider their hiring practices. For example, AARP and McDonald's just announced a collaboration in which McDonald's will post all of its U.S. job openings on the AARP Job Board, and it will pledge to value the contributions of older workers. Why? Because McDonald's is trying to fill some 250,000 summer jobs available.

Another promising movement is in the food industry. Beyond Meat, which offers plant-based meat substitutes and positions itself as "the future of protein," recently filed an IPO. The company is offering hamburger and sausage plant alternatives that could help reduce meat consumption, something Boomers especially need to do as they age. In addition, one of the Beyond Meat founders has introduced a new non-dairy, plant-based milk called Perennial, which is "smartly crafted for body and brain over 50." Other non-dairy products that indirectly target seniors who want to or need to reduce dairy consumption include varieties of oat, almond and soy milk.

Will other employers follow the lead of McDonald's? Like Perennial, will other companies recognize the potential of creating products and services specifically for an aging population? Let's hope we will see a rapid acceleration of this kind of activity so today's Boomers can benefit from it.

Deciding What to Do Next

Whether you call it retirement, "rewiring," or your "second act," if you're over 65, you may be thinking, "What's next?" This is a particularly vexing question as it relates to a long career centered on a particular industry or discipline, but it is just as profound when you consider potential life choices. Your second act may not be just about what you do with your time -- it may also involve where you do it and with whom.

That's why I think it makes a lot of sense to start thinking about life's next stage even before you get there. My colleague Nancy Collamer, a "second act" coach, has some great advice to help you navigate new territory. She advises the following:

This is smart counsel, delivered in a logical sequence. The self-assessment will help you identify "what you want, what you do well and what you find meaningful." A decision-making tool will guide you in determining which of the options available you should pursue. Talking to advisors and friends comes next, because "they will challenge your assumptions, support your decisions and connect you with key resources or people that could prove invaluable when making your final analysis." Then you should put it in writing -- think about what you wrote down -- and refine it. According to Collamer, "it’s amazing how the act of writing brings a level of clarity to the decision making process that is impossible to achieve by keeping your thoughts in your head." Finally, just do it -- "you’ll never make up your mind about a career move until you start trying things out in small ways," writes Collamer.

Nancy Collamer offers additional guidance, as well as links to helpful resources in her article. Read it here: https://www.mylifestylecareer.com/how-to-choose-a-perfect-second-act-career/

The Fight Against Ageism

I've written a number of blog posts about ageism and its impact on Boomers. Ageism happens in both obvious and subtle ways. The older you get, the more you may notice that you feel either overlooked by society or even invisible in their eyes. You are not being paranoid. The messages and signals that surround you are incontrovertible.

According to an article in Business Insider, three million older workers can't find high-paying jobs because of ageism.

These kinds of indignities are suffered on a daily basis by those over the not-so-old age of 65. It's ageism, and it's discriminatory.

We need more people, organizations, and politicians fighting against ageism. I've mentioned an organization called Respectful Exits in the past. Respectful Exits works with employers to change the view of older employees by instituting a "Longevity Agenda." AARP offers a special section on its website called "Working at 50+" that has information for older workers.

You should definitely check out a new ageism clearinghouse started by Ashton Applewhite, an anti-ageism activist. It's called Old School and it is a free ageism resource center with tools, books, blogs, podcasts and more.

Boomers are some 74 million strong. The more we all speak out against ageism, the more our society will begin to respect us. Everyone gets older -- and ageism will happen to all of them someday if we don't stop it now!

Working Because We Have To 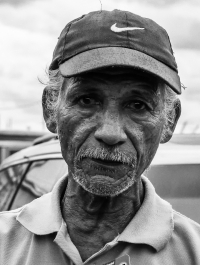 If you're over the age of 65 and still working, you are in good company. As reported by Bloomberg, in February 2019, the participation rate of 65-plus workers in the labor force has reached 20 percent for the first time in 57 years. Paradoxically, the Boomers who are most likely to be working are more educated, better off, and healthier, while less educated, working-class Boomers are struggling to remain employed. Those individuals with less than a college education participate in the labor force at a rate of about 10 percent.

Working after the traditional retirement age is becoming the norm for more and more Boomers. While a good percentage of Boomers want to work, many have to work for economic reasons. It is estimated that even the maximum Social Security monthly payment, which a Boomer can draw beginning at age 70, will only replace at most half of one's pre-retirement income. It's a generally accepted fact that, after Boomers stop working altogether, they need about 80 percent of their pre-retirement income to live, according to the Bloomberg report. As I've written in the past, the retirement savings accumulated by most Boomers puts them in a precarious position, especially given the reality that Boomers are living much longer than previous generations. Because of the 2008 recession, Boomers may have lost a significant portion of their retirement portfolio and it has taken years for their savings to recover.

Thankfully, work options do exist for Boomers, even if they are vulnerable in their current positions. A robust economy means far more jobs are available, although a large percentage is, admittedly, in lower paying positions. Still, full-time, part-time, and self-employment opportunities are available. "Gigs," or contract jobs, are also plentiful, and many of them enable Boomers to work from home on a flexible schedule if desired.

As Boomers are well aware, life is all about compromise. If you have to work and you're over 65, you can probably get a job. You just might have to lower your expectations.