Is "Early Retirement" a Myth? 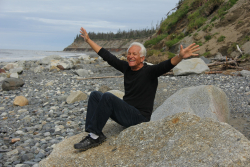 Early retirement -- generally defined as retiring from the traditional workplace before the retirement age of 65 -- is an idyllic-sounding notion. For most Boomers, it is also next to impossible. Sure, you'll read about those senior executives or business owners who have managed to amass enough wealth in their forties, fifties or early sixties to contemplate leaving the workplace behind. It happens -- but rarely.

Still, is early retirement a myth? Well, not necessarily. Part of it depends on exactly how you define "retirement." It may not mean stopping work altogether, but instead changing your way or working, or even your perception of work. You could, in fact, retire early from one career and start an entirely new career. Or you could find a creative way to retire early from your current job and patch together a variety of stimulating opportunities that still provide a reasonable income. The fact is, retiring early may be a realistic goal for you -- but one that cannot be achieved without a really good handle on your financial situation.

Writing for The Balance, Rebecca Lake identifies "six signs" that are legitimate indicators you may very well be in a position to retire early. They are:

Read Rebecca's article for some valuable insight into each of these signs. You may not see all of them in your own situation, but each is worthy of some careful thought before leaping into the potential abyss of retirement.

Fortunately, I saw enough of these signs to consider early retirement. My wife and I were both marketing professionals. I owned a direct marketing agency. We decided to retire from our careers in our late fifties. We combined early retirement with a relocation from the expensive Northeast to the less expensive South. At the same time our daughter went to college -- we saved for that during our working years.

When we relocated, we decided to start a small service business together, ran it for seven years, and then sold it. It kept us busy and generated an income that was supplemented by retirement savings. Starting to draw Social Security at full retirement age helped us financially, as did going onto Medicare at age 65. Now, I'm a part-time writer, and my wife volunteers and is a caretaker for her mother. We never viewed "retirement" in the traditional sense -- to us, it was more about going through phases of life. Some would certainly define what we did as retiring early, while others might say we just transitioned into doing something different.

Retiring early may or may not be for you -- but it's really about how each of us defines the concept of early retirement.

Why Variety is the Spice of Retirement

One of the reasons I call this blog "Happily Rewired" instead of "Happily Retired" is because of my firm belief that, for many Boomers, retirement is a time of "rewirement." You see it in Boomers who leave their careers to do something entirely different. For some, it means remaining employed, but making a career shift into a brand new line of work. For others, rewirement involves starting a business of their own. Still others leave the traditional work world behind in favor of volunteering. And then there are those adventurous types who sell their homes, buy an RV, and roam around the country.

What do you really want to do for the rest of your life? The answer to that question may have strings attached. You may, for example, need to continue to earn an income for several years to come. But more and more Boomers who are at least moderately financially secure are rewiring instead of retiring. They're doing that by stretching their personal boundaries, trying new things, and perhaps by living a life of variety. The rewired Boomer may pursue a patchwork of opportunities that combines part-time work (earned income), volunteering (psychic reward), educational courses (enrichment), and leisure activities (personal enjoyment). At the same time, the rewired Boomer is ever more conscious of diet, exercise, and living a healthy life.

Writing for The Balance, Dana Anspach details seven things Boomers could potentially do in retirement:

Check out the article for more about each.

It's easy to see how the rewired Boomer could combine several of the things on this list to stay active, engaged and live a full life.

Variety is said to be the spice of life. Is variety also the spice of retirement? Maybe you should find out for yourself.

Nowadays, it's much easier to imagine retirement than it is to actually retire. You've probably seen the sobering statistics about Boomers who have no choice but to continue to work for years beyond the traditional retirement age. Many Boomers have not saved enough to comfortably support themselves into their 80s or even 90s. Life expectancy is increasing, even as vehicles for retirement savings have either dried up or remained stagnant.

A recent survey by Lexington Law indicated that 24 percent of seniors said their biggest regret was not saving and investing sooner. The other most common regret is taking on too much credit card debt. A separate poll by the firm revealed two shocking statistics: 70 percent of respondents did not know the age at which Social Security benefits begin, and less than half know how much of their earnings they should be contributing to retirement savings.

In the past, pensions were a legitimate source of retirement savings. In 1998, for example, an estimated 60 percent of employees were covered by company pension plans. Today, pension plans barely exist. Instead, Boomers have had to self-fund retirement savings, and they do receive help from their employers through matching contributions to 401(k) plans. Thankfully, the majority of companies do offer some type of defined benefit retirement plan such as a 401(k), but it is the employee who shoulders the bulk of the financial responsibility.

Typically, the other main source of retirement income is attributed to Social Security. The money you put into Social Security over your employed years does come back to you in some form, of course. Most financial experts agree, however, that it is best to hold off on collecting as long as possible, certainly until your full retirement age (which varies based on your birth year), if not until age 70, when you collect the maximum amount. Some Boomers are sorely disappointed when they realize that Social Security payments are not nearly what they need to live on in retirement.

With no pensions, modest 401(k)s or other retirement savings plans, and Social Security that barely keeps up with living expenses, there is a looming retirement crisis in our country. Boomers who have not by now set aside sufficient retirement funds will be thrown head first into this crisis when they stop earning income. There is a glimmer of hope that the job market will continue to be favorable toward Boomers, at least on a part-time basis, but there is no long-term guarantee that jobs will be available to aging Americans. This may be one reason a fairly high percentage of Boomers start their own businesses or find freelance work rather than compete in the traditional job market.

The oldest Boomers are already approaching their mid-70s. How financially secure are they? The youngest Boomers will be 60 in just five years. Do they have a financial plan for retirement? These are challenging questions to ponder.

The Failure of Knowledge Transfer in American Business

If the headline of this post sounds ominous, it is meant to be just that. It's a sad fact that American business in general is failing at the transfer of knowledge from its departing employees. Writing for Next Avenue, Richard Eisenberg puts the situation into perspective: "4 million boomers a year leave the workforce and boomers comprise 31 percent of workers; 56 percent of retiring boomers are in leadership positions. That’s a lot of knowledge to go pfffft."

A survey of workers between the ages of 54 and 72, conducted by The Harris Poll for recruiting firm Express Employment Professionals, tells a dreary story. The majority of boomer workers (57 percent) "say they have shared half or less of the knowledge needed to perform their job responsibilities with those who will assume those responsibilities after they retire," even though 81 percent of boomer workers "are overwhelmingly willing to mentor the next generation." In addition, "only 44 percent say their company has an adequate successor in place for when they retire, and 30 percent feel their companies may lose key client relationships if they retire." While employers might greatly benefit from retaining boomer workers on a part-time basis, "only 20 percent of working boomers say their employer offers 'semi-retirement' options."

Bill Stoller, CEO of Express Employment Professionals, told Richard Eisenberg, “Such a poor transfer of knowledge was surprising to us. You’ve got to have a process in place to have someone follow in the footsteps of someone retiring. It doesn’t appear companies are thinking about that.” Paul Rupert, founder of Respectful Exits, added, “What is described as the systematic failure of companies to mine their pre-retirees for critical knowledge and intellectual property is part of a general failure to appreciate the value of who and what is walking out the door of today’s knowledge-based employers.”

Results from another survey conducted by Transamerica Center for Retirement Studies indicated that "only 4 percent of retirees said their employers encouraged employees to participate in succession planning, training and mentoring," according to Eisenberg.

Many American companies are literally throwing out valuable knowledge when boomer employees retire. In fairness, not all businesses are so short-sighted; a handful of them have knowledge transfer programs of some sort, such as phased retirement or mentoring. Still, the vast majority of firms simply don't have a mechanism for retiring employees to impart what they know to the employees who replace them.

Why? Is this part of the age discrimination that we all know impacts boomers? Would employers just like to have boomers exit as quickly and quietly as possible? Are they really so obtuse as to not realize that retiring boomers have a wealth of knowledge that would help facilitate a transition to a successor?

Whatever the reasons, it really makes no sense to discard intellectual capital that a company invested in over many years.